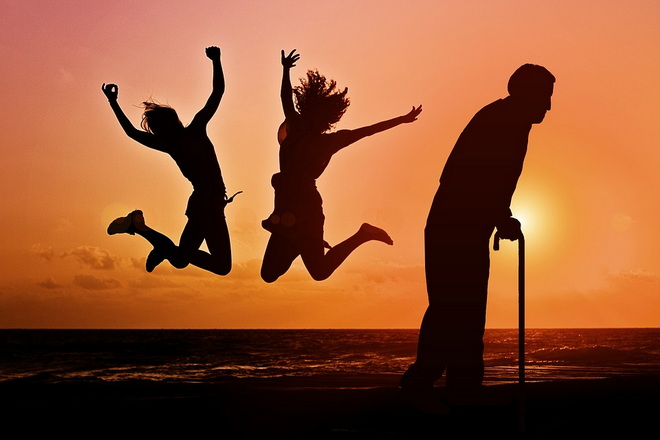 I live in the suburbs where there are still plenty of pasture lands and wooded areas…where huge warehouses have been popping up like bad weeds in the last few years. Prior to the last 6 years, crime had been relatively low. At the very least, it was not in-your-face bad and so bold.

That has skyrocketed. I know this is nationwide, regardless of the quality of neighborhood you live in. In my opinion, based on my observation around my part of the country, it has been compounded by fallout of “The Covid Experience” and economic decline.

I drop onto a local community blog and see regular video postings people share from security systems of young people doing their nighttime/daytime casings of properties and thievery. I am in no way leaving out the older people out there with the same behavior at all.

It got me to consciously check out the youth I see around town and wondering how many of them might be on their own videos posted by their victims.

Unless seeing otherwise, I tend to give the benefit of the doubt to those I observe. As a gratefully maturing adult, I am surprised at the rare times where a youngster will express a verbal “sorry” for a slight social infraction done as they crossed my path. Or where they might physically step aside or verbally show respect for another person. It always brings a quick smile to my face as I acknowledge their respectful response with a heartfelt thank you. If they are young enough, I might compliment their parent. It’s so refreshing to see and gives me hope for the young.

With the last round of mid-term elections around the country, it was pointed out that there was an increase of 30% in voting participation from the 18–29-year-olds. It was the second highest young people turnout in 3 decades. This information intrigued me. I remember in my senior year, at 18, where I was going to participate in my very first election. I took it seriously and respectfully. That was 1976. My Grandmother became a guide for how to do my own research on candidates to make my own educated decisions. Oh and…that was before computers, so it took some effort!

I wondered, who and where are these young people that are coming together to make their voices heard as to the direction of this country. I know many of them feel the “boomers” have screwed it all up! Sure, I can totally see why they would feel that way. The most important question is as potentially future leaders…what do you want to do about it. What kind of world do you want to raise you own children in?
Human rights were a major issue in this election. “Yes” I said to myself. Please get angry and make your voices heard. We should all be angry, and many are. There needs to be enough of us to make sure we all, always, have the rights and choices we deserve.

I am so heartened they are speaking out and denouncing physical abuse! My generation, and the ones before, were unaware of that option because there was not any. I admire their bravery to bring what was appallingly socially unspeakable out in the open…where it should be.

I was in Target 2 weeks ago. (Yes, I do like my “Tar-ghay”). With all the availability of the information highway, online, I still love the printed word in the form of books! My girlfriend had phoned me in the middle of shopping for my granddaughter’s birthday, coming up. When she found out where I was…she asked me to check on the availability of a book she wanted.

I made my way to the book section and observed a group of 5 18-year-old-ish people. I noticed they appeared very comfortable as they moved about, talking about books. They spoke in respectful low tones. I kept a bit of distance, but I heard one of them ask the other if they had ever heard of a particular author. The answer was no, and I watched her search for the one she had spoken of. I knew they were in the section I wanted to be in. I did not want to intrude on their experience, so I busied myself elsewhere until they finished. I felt a feeling of hope, because these young people exhibited exactly what I needed to see.

Recently I was in checkout at the grocery store with my weekly shopping. The checker was around 19 or 20, I guessed. The bagger appeared a little younger. I stepped up as the customer before me walked away and heard the two of them in the middle of a conversation. The checker said to his bagger… “Yeah, I heard there was a tribe in Africa that used clay from the banks of the river to help with stomach problems. He was clearly amazed in his wondering how they had learned to do so. (My assumption, coming into the middle of their conversation, was, he was talking of a tribe from long ago.) Then he said, “Yeah, what about the cavemen…how did they learn what plants would kill them or help them? Did they try to eat something and if they didn’t die then it was ok?” He laughed, as if that was absurd.

At that point, the bagger was called to another check stand and they both agreed to continue the conversation when he returned. I was intrigued with their clear interest in the subject. I told him, in my opinion, the cave men probably did learn by trial and error. Yes, some of them probably did die with the wrong choice! Or at the very least, suffered badly for a while. Hopefully he might have had buddies with him who would decide that was a bad move and let’s not eat that! He laughed in agreement. I continued; they might have even learned from the animals in nature by observing what they ate. I told him animals know instinctively what to eat when they are sick. He nodded perceptively, as if this could be a valid possibility.

Check stand chats are brief, especially when there is a line behind you! I felt compelled to participate in this conversation and perhaps feed his interest in the subject. So, I tried to use my best choice of words and quickly. For someone that seeks and chooses my words so carefully, rapid response is challenging for me! Speaking words is not the same as type, delete, type and delete again!

I said to him; in native American history, medicine men and women became a very important part of the tribe as healers. They carried their knowledge of healing and what to use from nature to do so. That knowledge was passed on to younger apprentices who carried it to the next generations. I brought up the possibility that cultures on other continents, long ago, might have done the same. Health care knowledge, as they understood it, was shared by word of mouth. Generations later, it was recorded in books.
The bagger returned and my checker told him we had continued their conversation in his absence. “You did?! What did I miss?” To my pleasant surprise, he related exactly what we had just discussed.

I only had a couple minutes before my customer time was up. I chose this. I told them we all live in a computer internet knowledge highway. “If we want to know about anything, look it up on the internet. If suddenly society was tragically left with no access ever again…what would happen. Economically and socially, in my understanding, it would be disastrous.” Both young men nodded in agreement.

I told them I am watching the importance of books being tossed to the wayside because of the access to technology online. And don’t even get me started on book censorship! Now, it’s all about streaming. (I will admit I love Audible Books streaming program. However, my mind went to my own personal library which includes still relevant publications from my grandparent’s and mom’s generation.)

I was rushing to make my final food for thought. Perhaps because of my haste I chose this point…I said…the personal libraries are in houses where people my age group live. He nodded thoughtfully. My point was. If history shows where word of mouth knowledge was all they had for generations and then books became a major carrier of knowledge…now we have the internet…what if, heaven forbid…internet goes away…I leave that thought to your own imagination. Currently…it could very well happen someday. This brought further discussion about that.

As my transaction was finished, with a genuine smile I said, “thank you gentlemen for the most interesting chat”.

I remember in my 40’s watching my grandparents arrive at observing what was happening all around them. They kept up to date on current stuff going on…but I did not feel nor hear them react so much anymore. Perhaps its where I feel myself at this point. I can’t say for sure that what is happening now is any less slightly shocking than what they saw in their time. What I do feel is that…the younger generations will need to step up and find their own way to eventually lead this country.

I feel the older generations need to understand and recognize where sparks in the youth are glowing and fan them. Encourage them. Share our knowledge to this point and let them run with the ball of the future of America with their own understanding of how this country works the best…for all and make their own contributions to make it so. 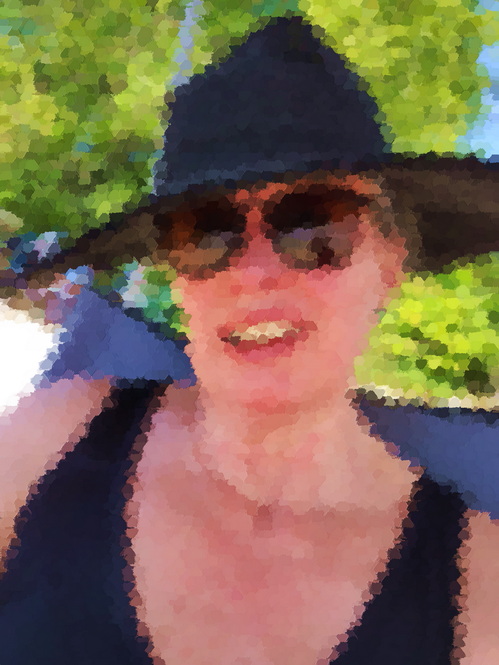 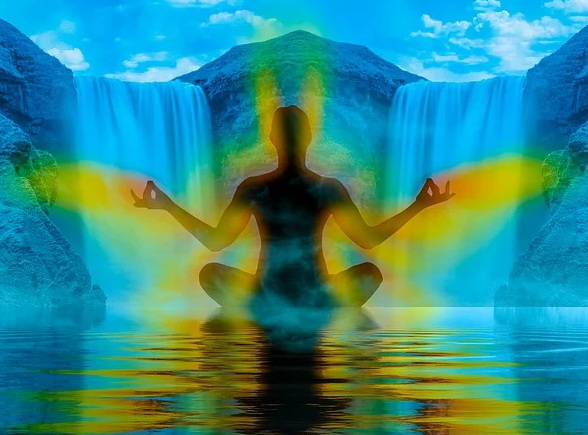 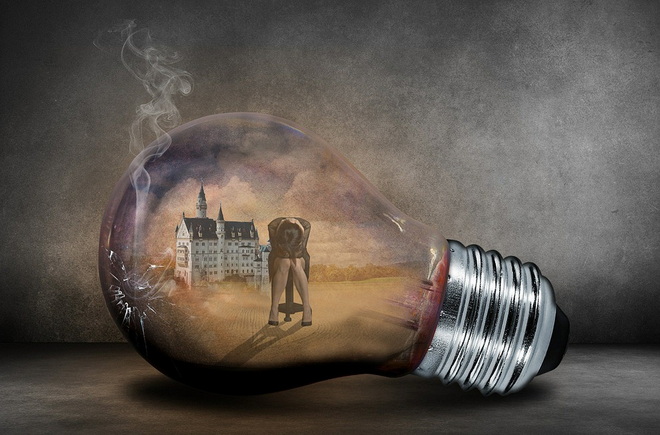